“Change involves carrying out an activity against the habit of life.” – F.M. Alexander 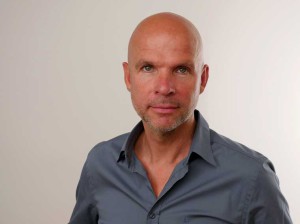 Matthias Graefen offers an international recognized Alexander Technique weekend training in Berlin. This takes place in a small group and thus allows an intense working atmosphere and mindful learning. You are welcome to visit our School for F.M. Alexander-Technique as a guest. You will then be included in the teaching and receive input from both the instructor and the students! The cost of this days Saturdays or Sundays from 11am to 3pm is 60 €.

Currently there is the possibility to take internship lessons with a student of the 3rd year of training. Please ask for more information about the costs and the procedure!

A technique to teach

The Alexander-Technique is no really a therapy method, but a sort of lesson. The learners are taught to use consciously their body while sitting, rising up, standing, walking, carrying and speaking. Consciously means not to take a tense or strenuous position which affects the whole freedom of movement and the well-being.

The Alexander-Technique provides connections between expectations, thinking, behavioral habits and physical reactions. With the help of this knowledge the student can perceive “wrong” motion sequences to move more upright and lighter.

“A this story of sharp warmth, intelligence and perseverance, shown by a man [F.M. Alexander] without medical education, is one of the true heroic deeds of medical research and practice.”
Professor Niko Tinbergen, in 1973 in his speech to the acceptance of the Nobel prize for medicine

The Alexander Technique is to lead back to Australian actor Frederick Matthias Alexander (1869 – 1955).

Because his voice often failed while reciting, he began to pay attention to his respiration. Besides, he found out that tensions in neck and back prevented him from breathing freely and from moving naturally.

As a result Alexander developed a learning concept with which such strains can be avoided by deliberating control of motions. Alexander transmitted his knowledge first to actor colleagues; later musicians, singers and dancers also used his method.

By the increase of a more holistic way of thinking the Alexander technique has found in the meanwhile a wide usage and recognition, also beyond these areas. 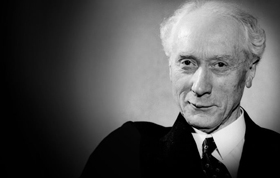 The 5 Principles of the Alexander Technique

The Alexander Technique is based on five basic principles.

1. Recognition of Force of Habit

This means learning to notice what you are doing which may be causing you pain or discomfort.

Which involves stopping yourself from doing the unhelpful habit and learning to use the appropriate amount of effort to achieve your goals.

This means that you don’t always know exactly what you are doing and what feels wrong and uncomfortable may actually be better for you, it is just unfamiliar.

This is about sending “orders” or specific thoughts or intentions to the body from the brain to encourage the body to flow and expand rather than contract. This enables much more freedom in movement and freedom from habitual tension and reactions.

This is the functional relationship between the head, neck and back in our bodies. Alexander found that this is crucial in organising the body so that it functions at its most efficient. To allow the primary control to engage takes awareness of the body and what you are doing and therefore links in with number 1 above.